It is through failure that we have the greatest of victories

This weekend we learned, that after 22 years of fighting to be a champion, Ash Ketchum has finally won a Pokemon league and established himself as a champion. For 22 years of my life, I’ve followed the trials and tribulations of a boy attempting to win a trophy and be solidified as a Pokemon master. What has it taught me? That if you persevere enough you will achieve. That you will fail before you prevail. That there is no better victorious person than one that has failed so many times. I remember the first time Ash lost to his rival Richie. When my favorite Pokemon, Charizard fell asleep on Ash. I remember the humbling feeling and the feeling of being a failure. But he bounced back and won the orange league. Constantly claiming he’d be a pokemon master. The feeling at 5 years old inspired me to be my own master. 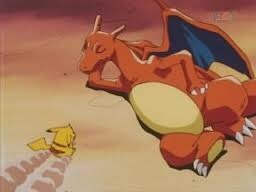 What has this taught us?

Never give up. no matter how much you lose.

I’ve watched Ash lose time and time again. Loss after loss and every year I believed this was the year. It’s a reminder of who I am as a failure and that one day ill be victorious in my own quests.

I remember him defeating his rival Gary and humbling him. The journey for Ash and his Charizard was inspirational and awe-inspiring. He gained Charizard’s respect in the Orange League, However, to see these two take down the trainer that looked down on him and defeat a Blastoise, a water type that defeats Charizard all the time? It proved to me that perseverance and a great heart will prevail over anything. I was convinced this was his year in the Johto league.

Then he lost to Harrison and his Blaziken. Losing in the top 8, a step up from losing in the top sixteen in the Kanto league. He moved up, got better as a trainer and became one step closer to his goal. And he didn’t give up. not once, He bounced right back and started over, new pokemon, new adventures, new challenges in the Hoenn league. The ability to lose like that after all that hard work then go and try again to win was a lesson for me. Get back up, no matter how hard it may seem, no matter how many times you lose.

This is a life lesson for all of us.

I don’t remember who Ash lost to in the Hoenn league, but I do remember him reaching in the top 8 again. Then he went off to Sinnoh and defeated his rival, Paul. Paul was like Gary with no heart or loving family.

Paul was someone Ash wanted to humble desperately and he did so. With the very Pokemon Paul abandoned, a Chimchar that Ash evolved into an Infernape. And at that moment, I saw the growth and the champion in Ash. And I was convinced he was going to win it all. Who can stop someone like that?

You’d have to come up with an epic Pokemon to defeat someone on that type of high.

And then Ash lost in the top 4 to a man named Tobias who had two legendary pokemon. TWO LEGENDARY Pokemon?! Ash was so great that year that he could only lose to legendary pokemon! That already made it so that in my heart he won the trophy. Plus Ash defeated both of Tobias’ legendary pokemon. A feat that no one could even do. Right after losing he went to Unova. I believe he lost in the top 8 again this year. I don’t remember Unova that much. Moving on to Kalos, Ash lost in the championship round. To a long, hard-fought battle against Mega Charizard X and Alan. This battle came to the final moment and Ash’s Greninja finally lost. I was ready to crown Ash then too. However, it wasn’t his time.

At this point, I didn’t think Ash would ever win. All the obstacles he climbed to get to this point? 17 years and no trophy to prove anything? Will he ever be a master? Then, This weekend…

He finally became one. It’s about damn time…

The trainer we watched as kids go through all these trials, meet all these legendary Pokemon. train hard and fight harder. win so many hearts. Finally, he succeeded.

That I must fail forward every time. And eventually, it will propel me to a victory. Ash taught me the most valuable lesson in life.

That there is no winning without failure. And that there is nothing wrong with losing. So long as I learn from my losses and do better from them. 22 years of fighting to be a master and finally, he is. Congrats Ash. Don’t stop here and good luck in the Valor Region.